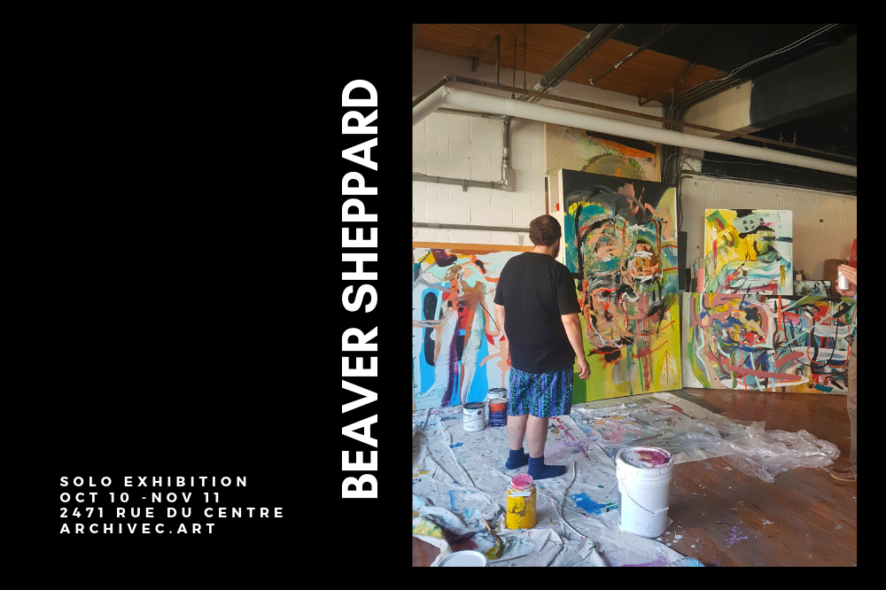 Furious brushstrokes, chaotic meltdowns, bizarre demi-figures. Entering Beaver Sheppard’s studio is a shock to the senses, even after numerous visits. Sheppard has painted wildly and widely over the past year, his industrial space overflowing with large-scale oil paintings. Peppered with disembodied legs, cigarettes, eggs and limousines, their abstract symbols are shapeshifting and nebulous, reappearing in a multitude of forms and variations with each new glance. Color drenched canvases line every inch of wallspace to varying degrees of completion, some are placed on the floor to collect haphazard drips of paint from a trailing brush.

As a self taught artist, Sheppard’s process is raw and intuitive, rejecting the overtly conceptual or figurative in favor of a visceral spontaneity. The resulting effect is what Sheppard describes as an “anti-image. Destructive. Primal.” His paintings are visual documents of the intense energy put into their production, as well as the states of mind that inspired them. Painting with such furor is a critical part of Sheppard’s process, as it allows for a deeply human experience of creation in all its madness and imperfection. “Overall, I’m just trying to make things that computers won’t be able to do. I think about this often. I paint to release. I paint because I have to. I paint to inspire others. I owe it to my parents to channel  the gift of freedom they bestowed, they gave me a brain full of bewilderment, Maybe someday I will develop thoughts through painting that can save the world. I paint to understand. I paint to remember.”

Parallel to his work as a visual artist, Sheppard is also widely known in Montreal for his eclectic restaurants (for instance, the notorious Bethlehem XXX where a rotating menu inspired by Muslim countries was served amidst a veritable labyrinth of sculptures and assembled arthouse paraphernalia) and his music. He released two albums under his band CO/NTRY, toured America with Wolf Parade and released four solo albums as Beaver Sheppard. In 2016 he was the lead singer for the german ensemble “Brandt Brauer Frick” for their fourth album, Joy, which was sampled by Jon Rafman in his award winning exhibition “Poor Magic.” His two other pseudonyms, “Secret Secret Girl,” and “DRUGFACE” make regular appearances on the lineups of local music venues.

Sheppard’s first cross-disciplinary solo will run from October 10 to November 11 at Archive Contemporary Art Gallery in Montreal’s Pointe St Charles neighborhood. The exhibition is co-curated by Maela ohana and Professor Norman Cornett (cdedec.com), an art scholar and specialist in dialogic approaches to visual art and education. 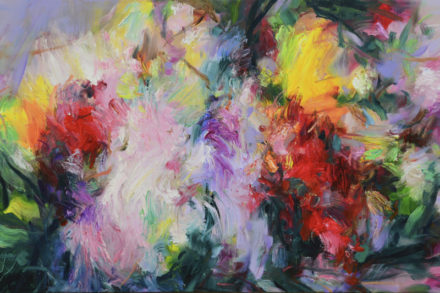 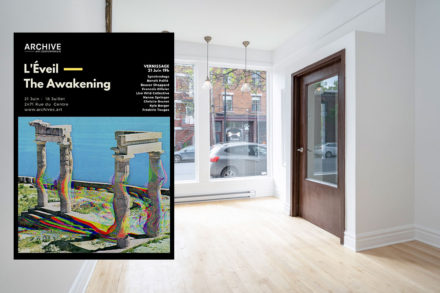 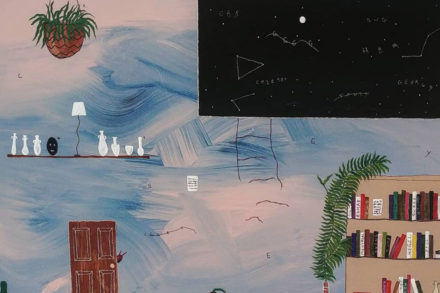 Outwards and Inwards: A Feature on Canadian Artist Gabriel Rioux