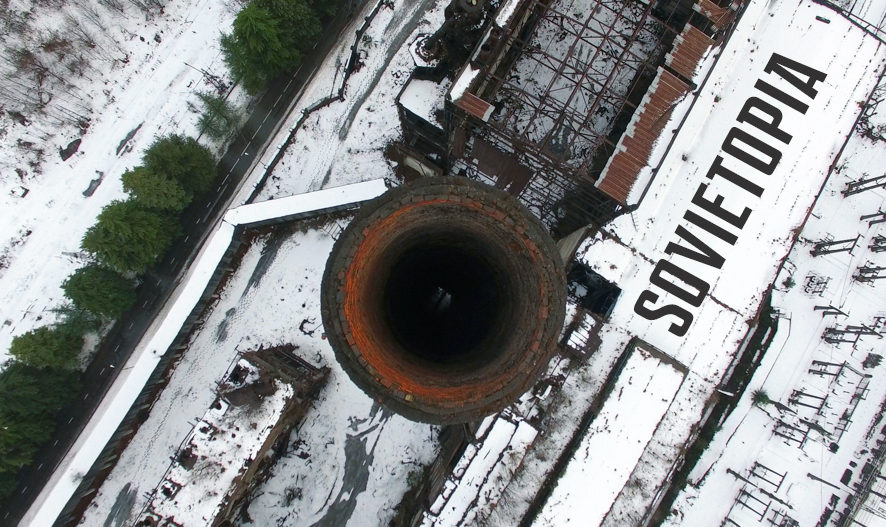 Marie Alice Brandner-Wolfszahn : SOVIETOPIA
As I was Seeking Dreams of the Future,  I Found Myself in the Depths of Time.

“In an age of confusion,

in which fear replaces vision,
in which self-expression substitutes empathy,

in which algorithms define reality,
– in an era entitled Post-Truth,
I once again long for UTOPIA.”

Marie Alice is currently working on her first feature film and a virtual reality exhibition concept.

Along with her crew she journeys on a surreal road-movie through post-apocalyptic zones and futuristic phantasms, scattered across remote regions of the ex-USSR – to places deep inside the curious looking glass of Time, where reality & illusion merge.

“The most powerful spheres of our life are fictional constructs but once we believe in them collectively they become a reality.”

The travellers encounter idealists, visionaries, scientists and witnesses who offer an insight into daring objectives and astonishing ventures, as well as to contemplate the past – encouraging to cherish the vigorous force of hope and conviction, but also to reflect on the hubris & short-termism of human kind.

“Every profit is made by the expense of a loss, as every end bears a new beginning – thus the world reinvents itself perpetually.”

Tell us a little about yourself – what’s your background as an artist and how would you describe your creative work?

I’m a filmmaker and installation artist from Vienna / Austria. After a series of experimental short films I concentrated on music videos and fashion films for a while. At some point I developed a curiosity to explore sculpture and installation art, always having had built my sets myself immensely enjoying the process. I participated in a few exhibitions and created stage installations in Moscow for several years. Parallel I would begin to move to documentary filmmaking – shooting reportages, portraits and video diaries – mostly during my travels all over the world. Lately I became interested in 360° filming and I’m teaming up with VR specialists at the moment.

Time, Vanitas and Death, questioning Reality and contemplating Existence are recurring themes in my work. The play with light has always been a big element besides experimenting with different materials and technics. By wrapping the disturbing in visually pleasing facades I try to emphasize the duality of all things. I like to construct parallel worlds and invite the spectators to follow me inside in order to surrender their familiar perception of the observed surrounding.

My love for barren landscapes, architecture and decay is portrayed in my photography, as well as most evidently in SOVIETOPIA. 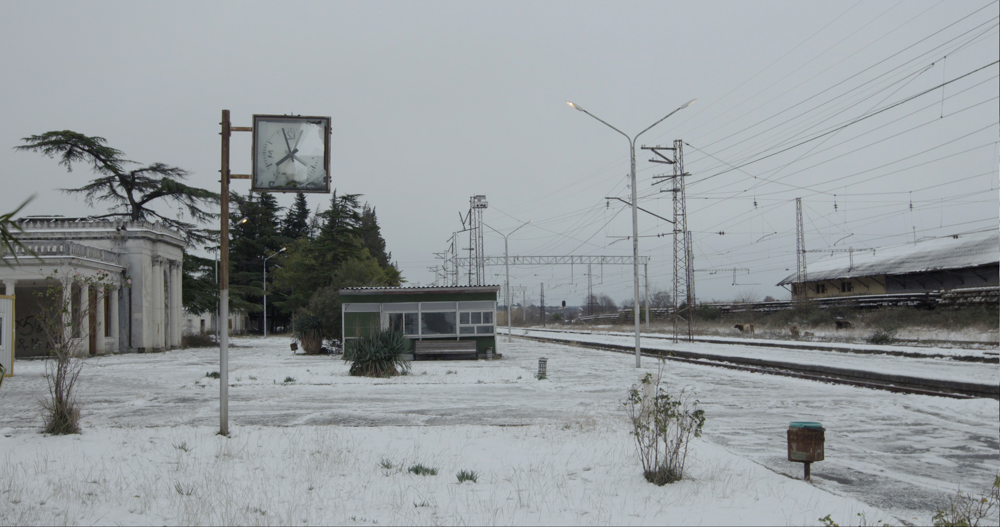 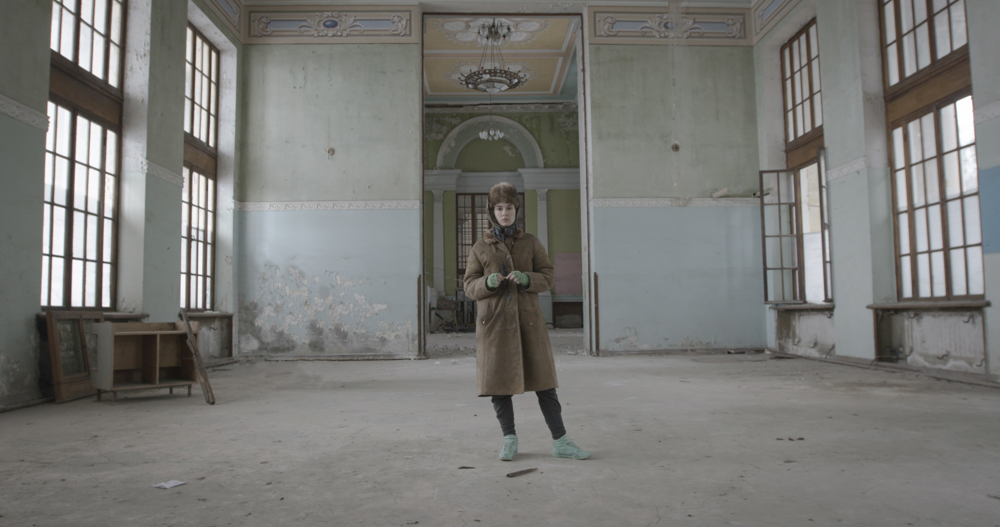 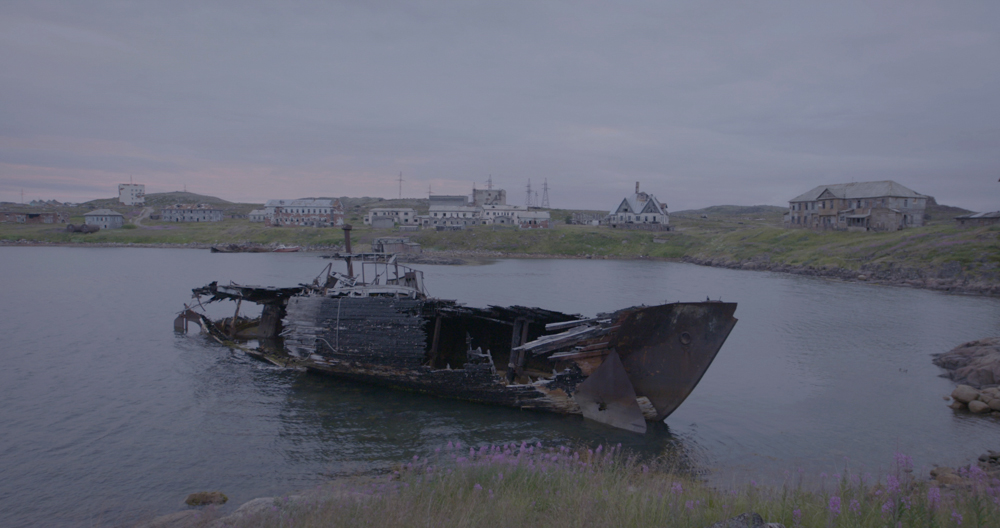 How did the idea for SOVIETOPIA come about? Where did your interest in the Soviet Union begin?

SOVIETOPIA feels like a logical consequence – several passions of mine that have been developing separately over the years, found a fusion in this film.

First of all the subject of TIME – my biggest terror & my biggest fascination in life. I had already written my dissertation about the relativity and paradox of temporality, numerous art- and film-projects followed so somehow it was obvious I had to dedicate her my first feature film.

Secondly, TRANSITORINESS & DECAY – in other words visualized time. Abandoned buildings and nature taking human creation back into its womb has mesmerized me for a decade. I devoted entire trips to visiting ghost-towns and exploring deserted “un-spaces”. Eventually the desire aroused to capture more than just pretty surfaces and tell the stories enclosed inside these walls.

Third, SCIENCE FICTION & UTOPIA – my favourite genre both in film and literature. Most visions of the future are an exaggeration of contemporary conditions which for me is the sharpest of criticisms on current situations. At the same time analyzing futuristic dreams of the past can be incredibly expanding in order to see certain aspects in a bigger context and draw essential conclusions for the present.

Last but not least – the SOVIET UNION. As mentioned above I have been spending a lot of time in Moscow and got not only enchanted by its retro-futuristic architecture making me feel like walking through old sci-fi sets, but I was also captivated by the warm and melancholic Russian soul, proud and humble at the same time. I started traveling around Russia and other post-Soviet countries, realizing how distorted my understanding of USSR’s history was so I began my research. My focus was its motive, its seeds, what paved the way – the influence of art movements like Constructivism and Suprematism, the grand ideals. I saw a beautiful approach for a documentary unfolding there, attempting to change the Western biased perception of Soviet people and to delve into humankind’s cyclic endeavors of building Utopia. 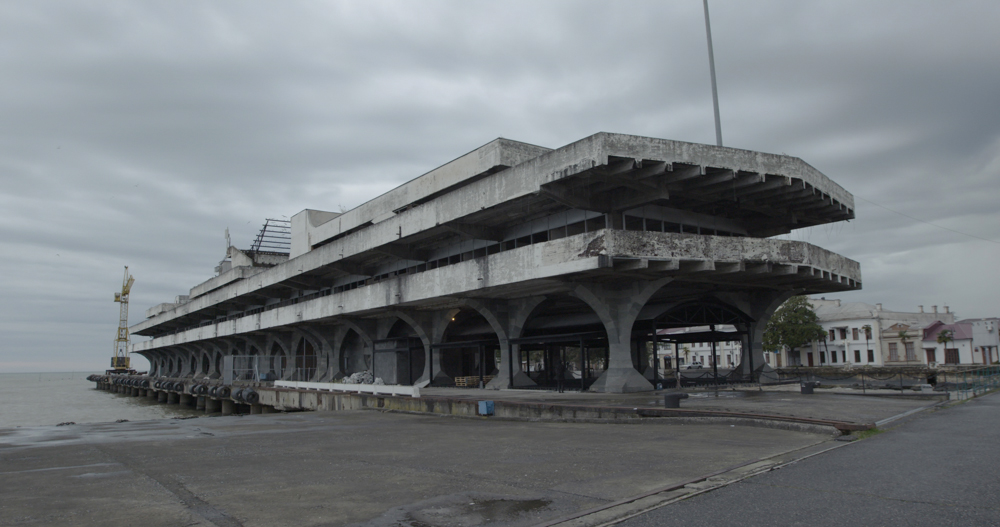 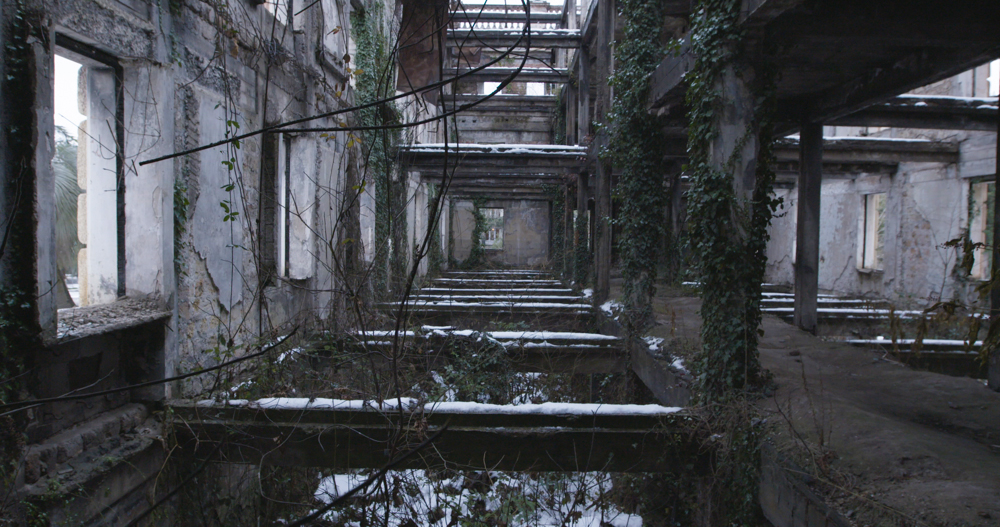 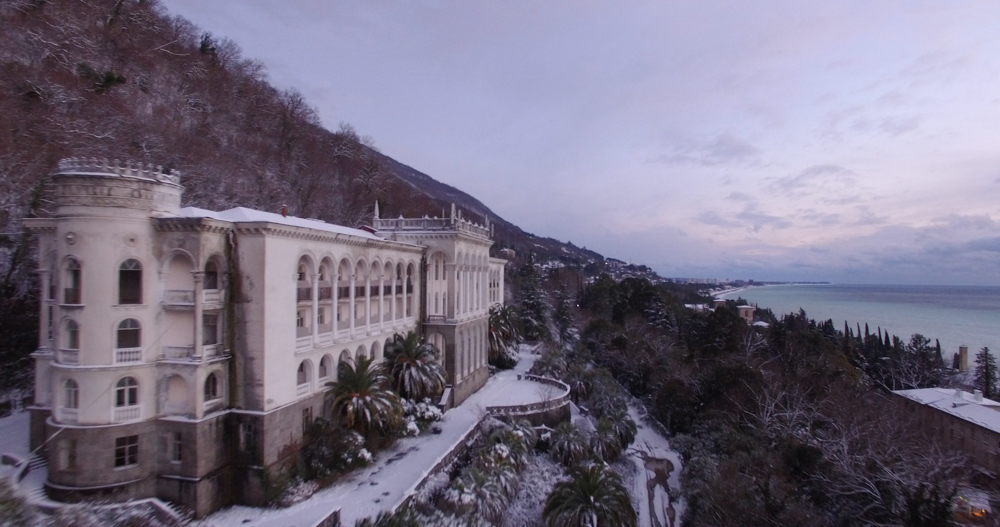 How does your film reconcile ideas of past and present, history and the contemporary, reality and delusion?

The past may be seen as a vision of the future, the future bears the past inside. Learning from the past is a chance that history gives us – as cheesy sounding and often quoted as it may be but I feel we never really take this chance, we never learn. Humanity keeps repeating the same efforts and mistakes over and over again. Oswald Spengler wrote an entire encyclopedia “The Decline of the West” on the lifespan of cultures – characterizing when and why they fail.

I don’t expect my film to change that, there have been many before me seeking awakening that would make this world a better place, but it is a pursuit of looking at the idea of Utopia in a different way. I argue that having a vision, believing in the future, following one’s dream, no matter how idealistic it may seem, is generating euphoria and hope which in fact moves things forward. Willpower can make the impossible possible. Even an element of self-deception is an essential asset at times since it protects from constraining doubts. Anyhow between reality and illusion there lies a gray-zone due to subjective perception – one cannot draw a clear line defining what success and failure mean. Utopia exists in the heads of people but the consequences can be seen, touched, smelled, tasted and heard. 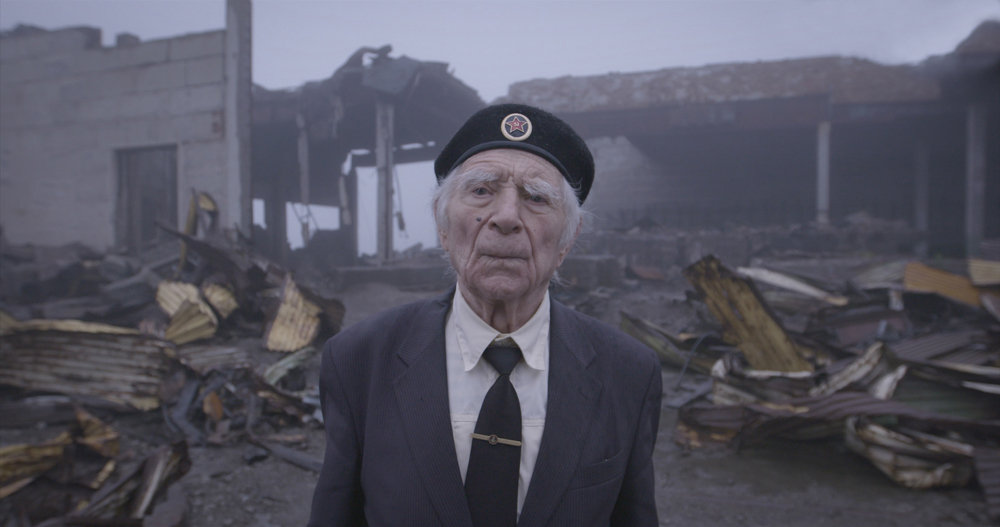 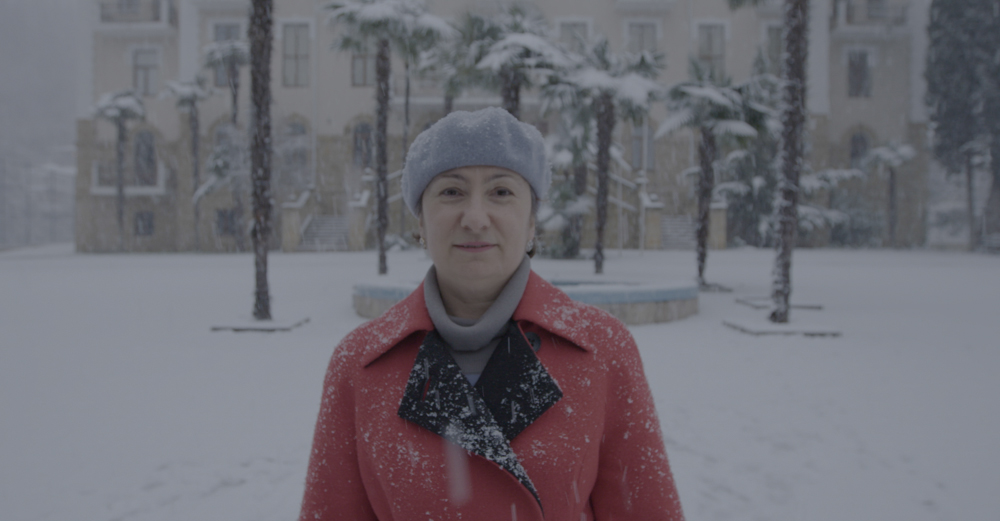 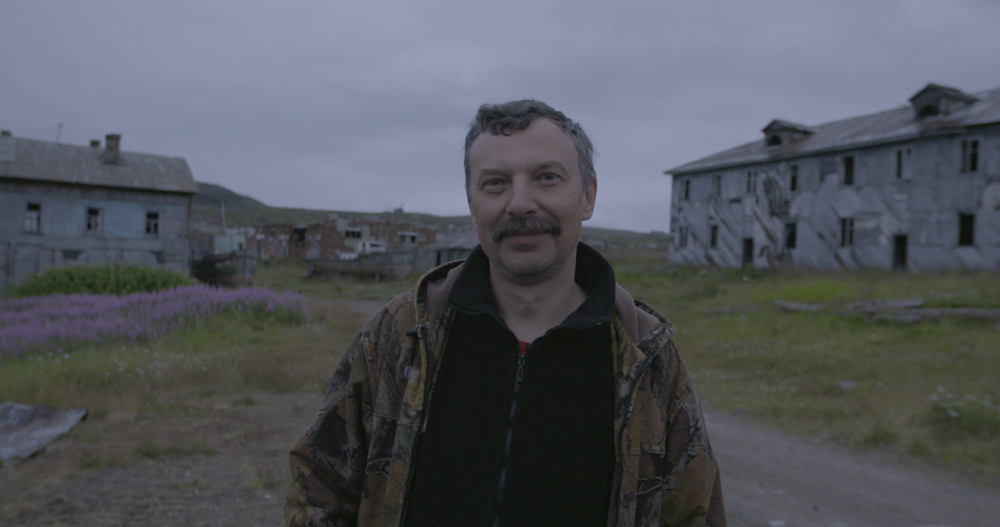 SOVIETOPIA follows a stream-of-consciousness format. What will the process of shooting and editing be like – is it mostly improvised or are you telling a concrete story?

I have written a detailed screenplay portraying the cycle of a utopia, told in 6 chapters, and woven surreal fictional elements that are playing with time. Nevertheless most of the shoot will be unscripted – the protagonists are people we find at the locations and we document our trip. Some moments might end up completely improvised since we stay open for changes or additions whilst being on the road. Overall there is a built structure though, with a plan of what we want to capture at each location. The only scripted parts are brief scenes involving me and the game with time. Once we are editing I will adapt my inner monologue – making it seem as if my thoughts were steering the journey, merging reality and fiction. A narrator’s voice introduces the chapters – we will shoot experimental sequences for this in the studio, inspired by Kazimir Malevich. 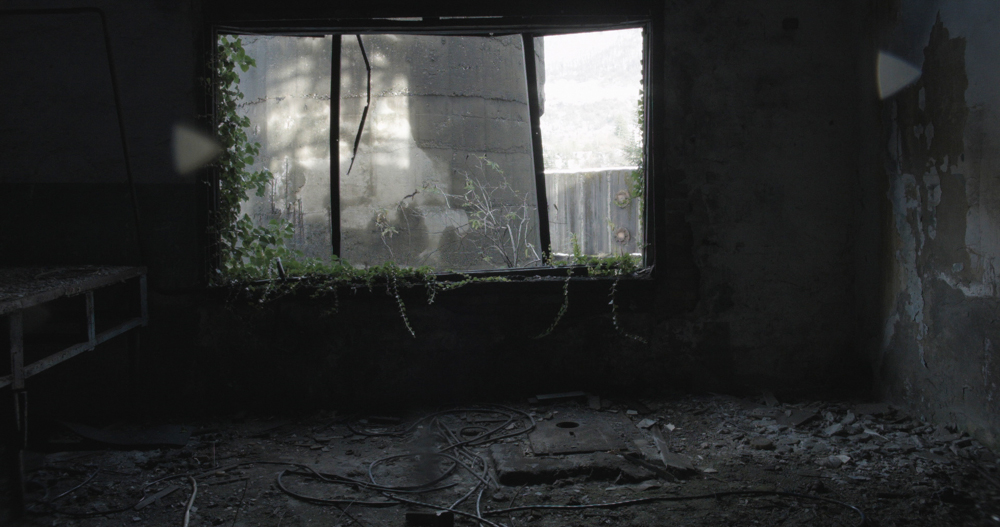 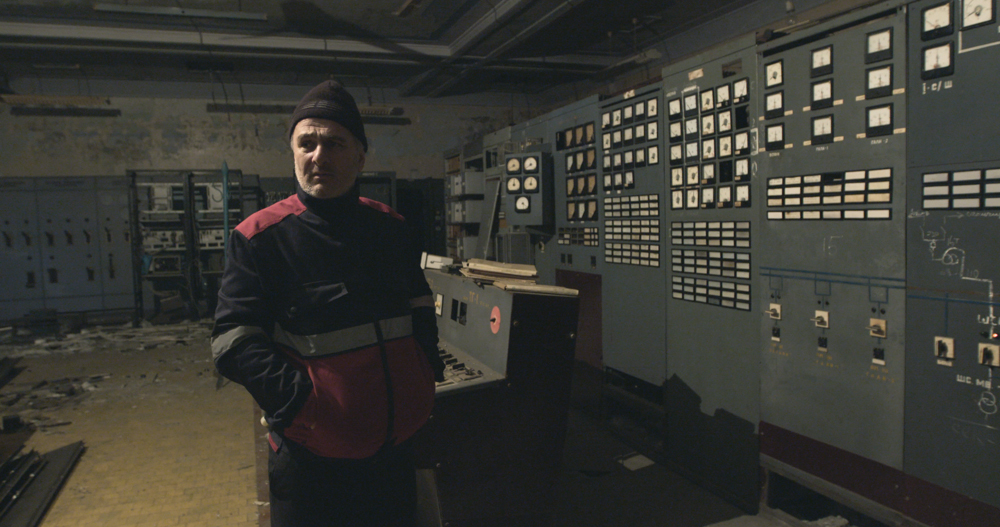 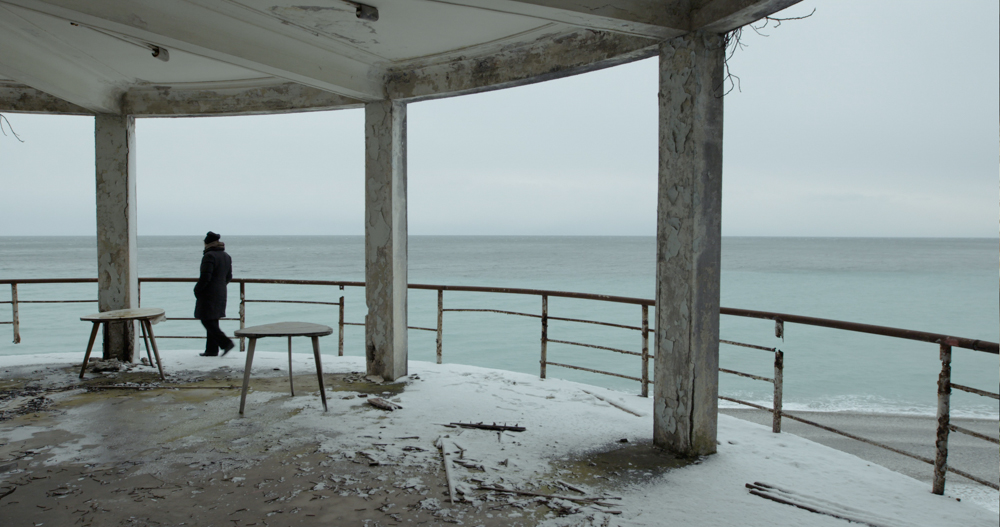 How was your experience travelling through Russia and Georgia so far? Any interesting lessons or anecdotes from the trips?

So far I have been doing research shooting trips to Lake Baikal, to the area around Murmansk and to Abkhazia, a partially recognized state on Georgia’s territory. All rather spectacular: Siberia during winter at -30° – pure ice landscape. Above the Arctic Circle in summer when the sun never sets. Abkhazia, snow-covered palm trees at the coast of the Black Sea.

Anecdotes would burst this page but to sum it up – it was intense (i.e. the smell of a burst tire, being under suspicion we might be spies, cameras refuse -30°…) AND incredibly rewarding (locations as if out of my dreams, the most scenic weather conditions ever, profound interviews etc). 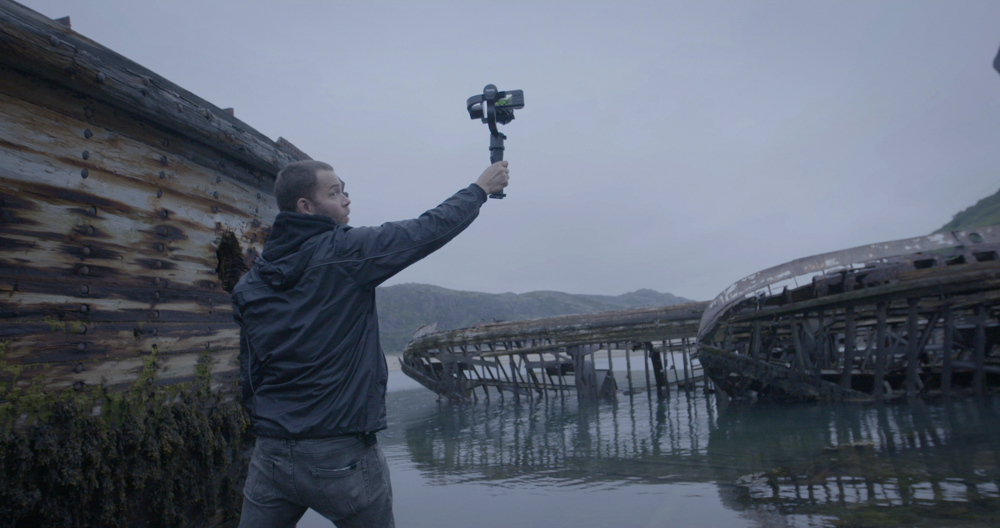 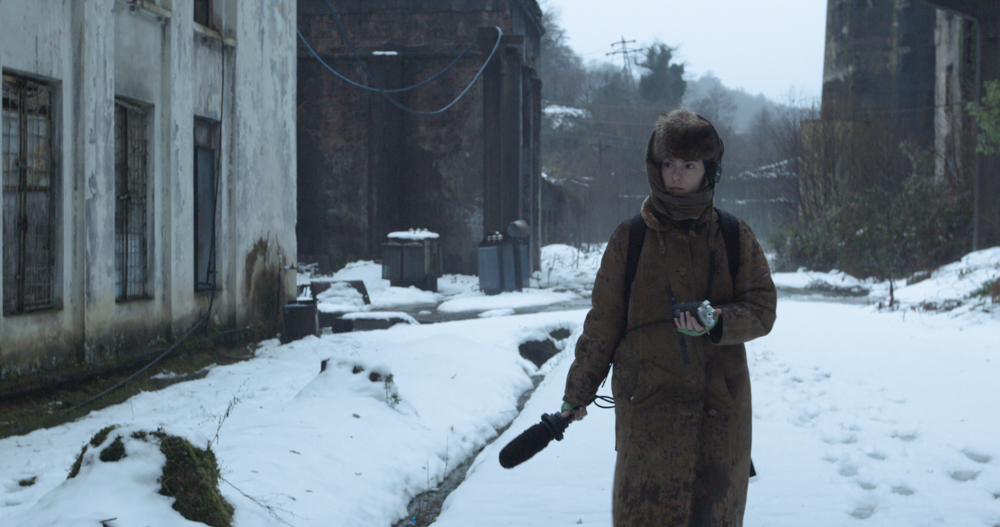 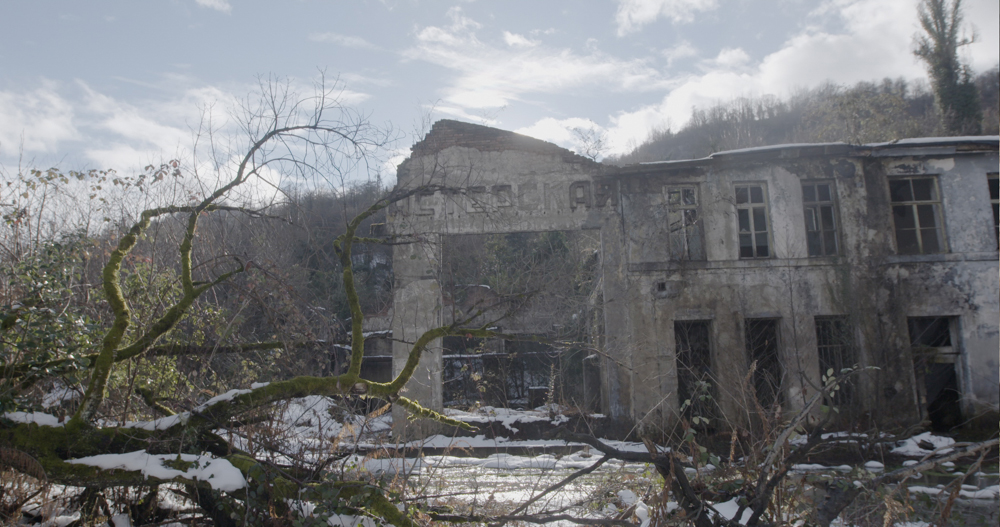 What’s the next steps – when are you starting to shoot? Will you develop the project further?

We are setting up a co-production with an international partner right now and then applying for the production fund at the Austrian Film Institute (which was kindly funding the script-& project-development so far). Funding procedures are slow and tedious and we are bound to certain seasons for specific regions therefore it will still take a while until we can start with the long journey.

We are going on a short shooting trip soon, and will additionally be filming in 360° this time which I am very excited about. I am working on a VR exhibition concept called “GAZE INTO SOVIETOPIA” at the moment. My desire is to teleport the visitors to some of our locations so they can experience it almost as real as we have – I believe it will be mesmerizing to “walk through” these deserted temples of progress while hearing an atmospheric sound-design created from field recordings! 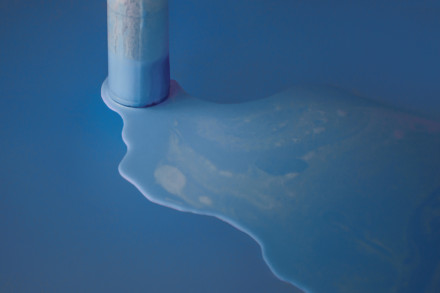 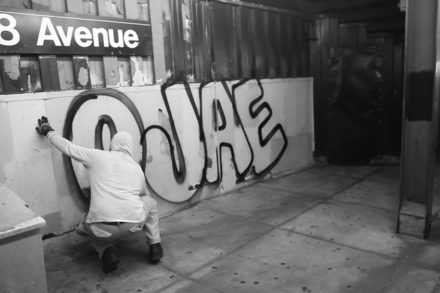 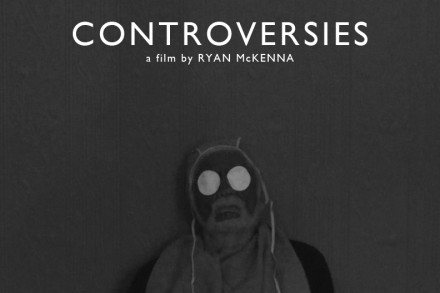