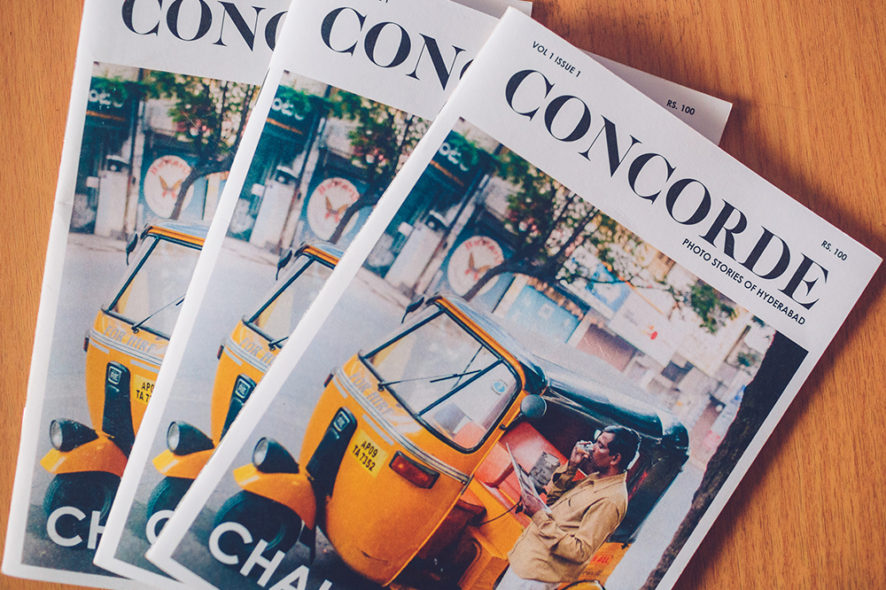 We’re always excited to fall upon media projects that dedicate themselves to sharing intimate social narratives, while also engaging the public in discourse, creative collaboration and community-building.
Concorde, a bi-monthly zine from Hyderabad, India, is one such publication. This project was born from the desire to bring photo stories from India into the hands of photography enthusiasts worldwide, and was shaped by the perceived need for interacting with the photographic medium offline. While the outlets for viewing images online are abundant, the founders of Concorde believe that there is a certain intangible quality to viewing photographs in print that elevates the intimacy of the experience and creates opportunities for generating a lasting impact. As photographers themselves, the team aims to provide a platform for other local storytellers and creatives to showcase their stories to a wider audience.
.
“Concorde was inspired in part by a bookmaking workshop that I has attended back in June 2014. It was held in Mussorie and we had instructors from Spain, Cristina de Middel and Ricardo Cases. At the workshop, we had the opportunity to make our own books with regular paper and materials but it prompted me to think about how I could further explore this medium. Later that year I visited England and chanced upon the publisher ‘Cafe Royal Books’. They publish a zine every week! I picked up a few issues and loved the concept of bringing photo stories in the print medium. After I came back to India, I started working on Concorde.”  (Kishor Krishnamoorthi, Concorde’s curator and publisher)
Chai, the pilot issue of Concorde, unfurled the story of Hyderabad’s obsession and love for a cup of sweet, milky tea. Moving from one cafe to another, the zine took a look at the fleeting moments of the city’s chai culture. A police officer taking a break with his cuppa, a hawker caught mid-work with his flasks and paper cups, a Starbucks barista whipping up a chai latte – everyone had a story to tell. Soon enough, the first issue came together, picking apart the city’s relationship with its favourite beverage, one image at a time.
. 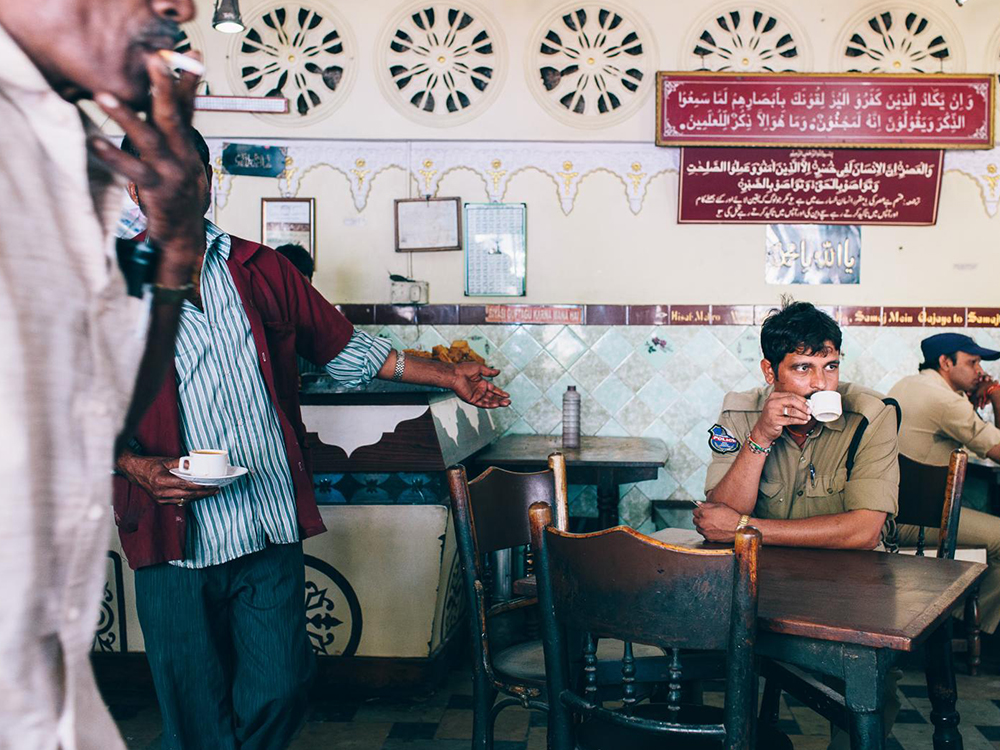 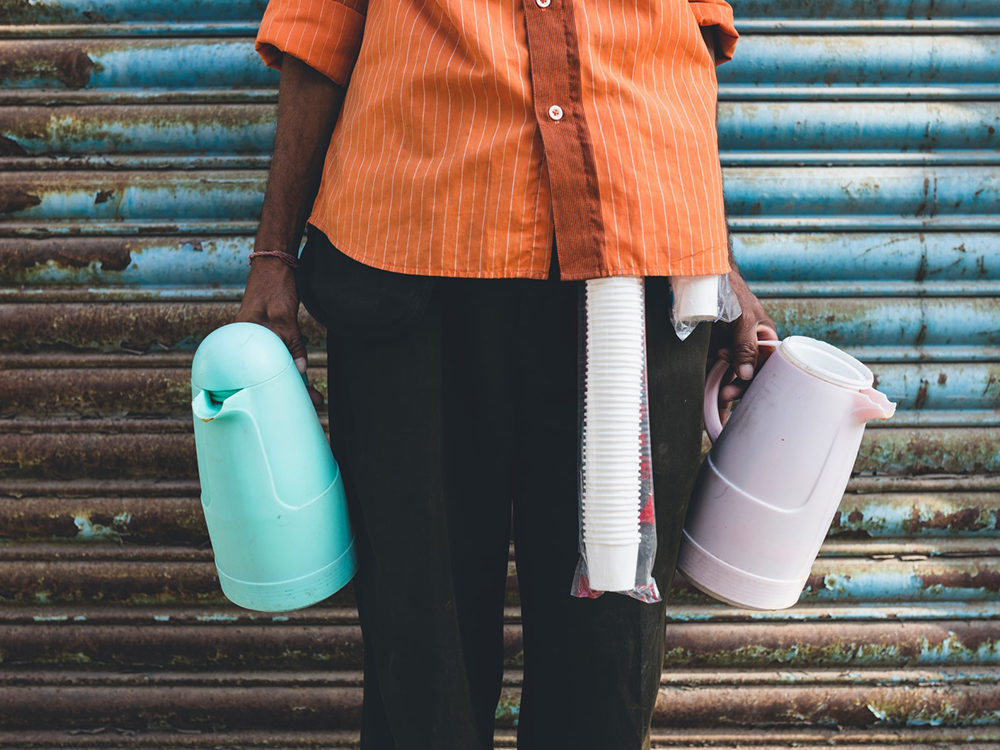 Moving away from an unchanging aspect of the city’s culture, the second issue explored some immediate and drastic changes that were going to recast the physical, social and psychological landscape of Hyderabad. When the Hyderabad Metro Rail project took off, it meant a lot of different things for the city. As pillars sprung up from the middle of the roads, the building that had stood strong over the years suddenly had to go. Through the Building and Portrait Series, Concorde took a look at all the structures the city was losing to the project and the lives they were watering in the process. Metrostruction told the story of a run-down local pork shop, a demolished bar, a broken 40 year old bakery and many others like them.
. 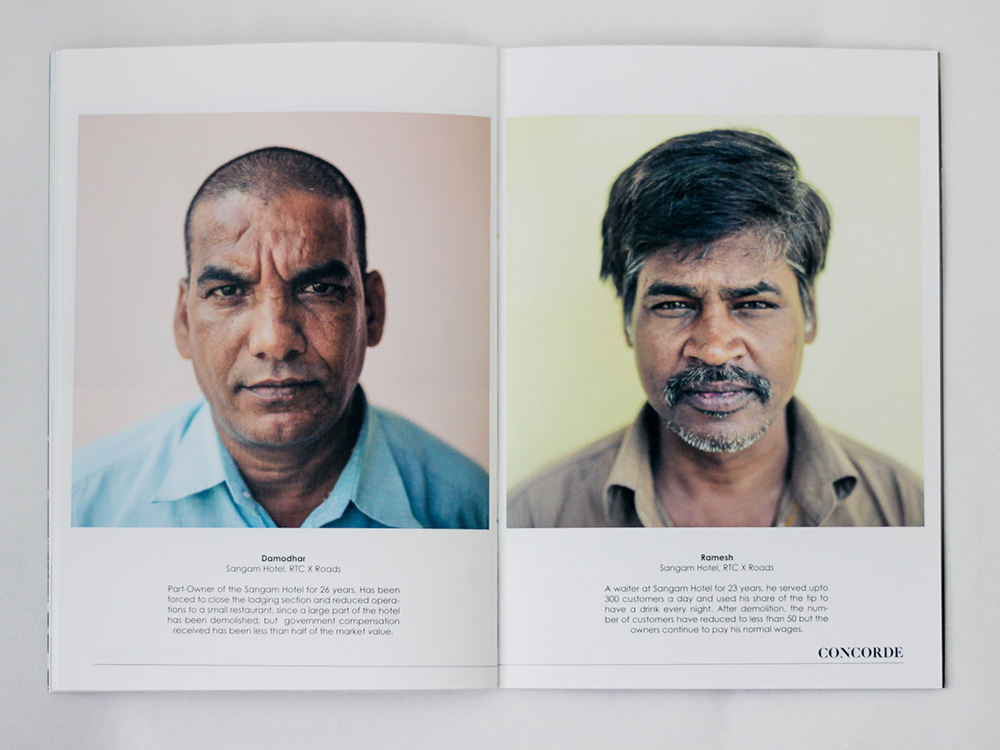 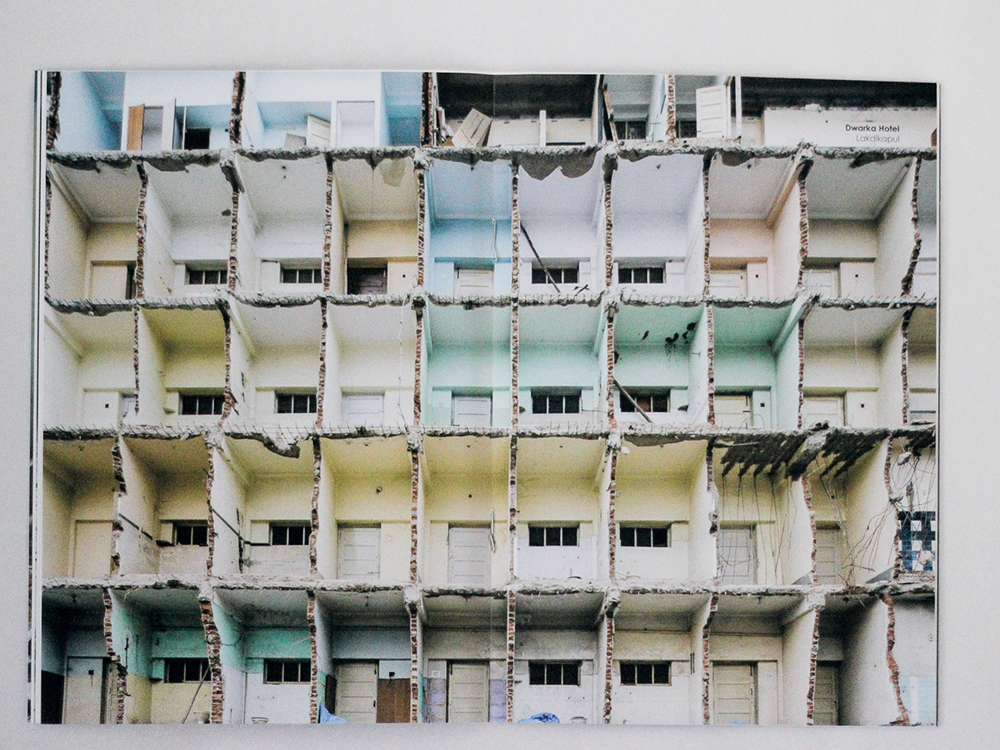 Barbers, the third issue, was a narrative of one of the oldest professions of India. It was an attempt to capture the changing lives of barbers across India, met with the influx of international brands that are taking over the traditional practice and making it a commercial one.
“This issue was an ode to the solo barber, who you still might spot in the winding roads across the country, operating with a small kit, a mirror and a chair. Serving the common man with a few snips of his scissors, ever so humble.”
. 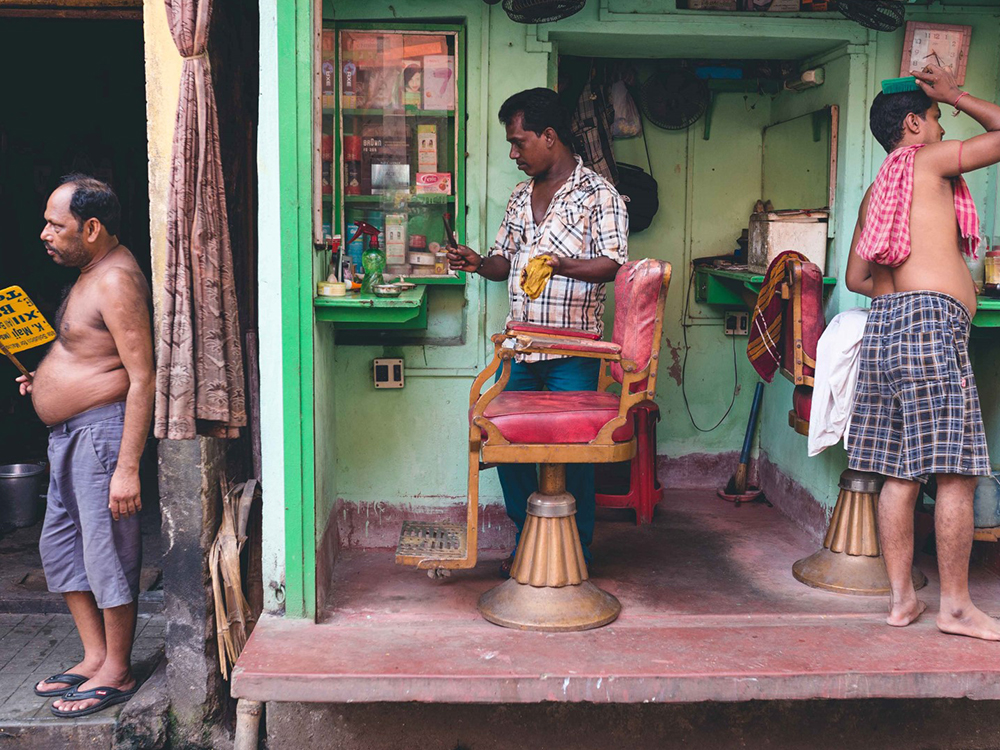 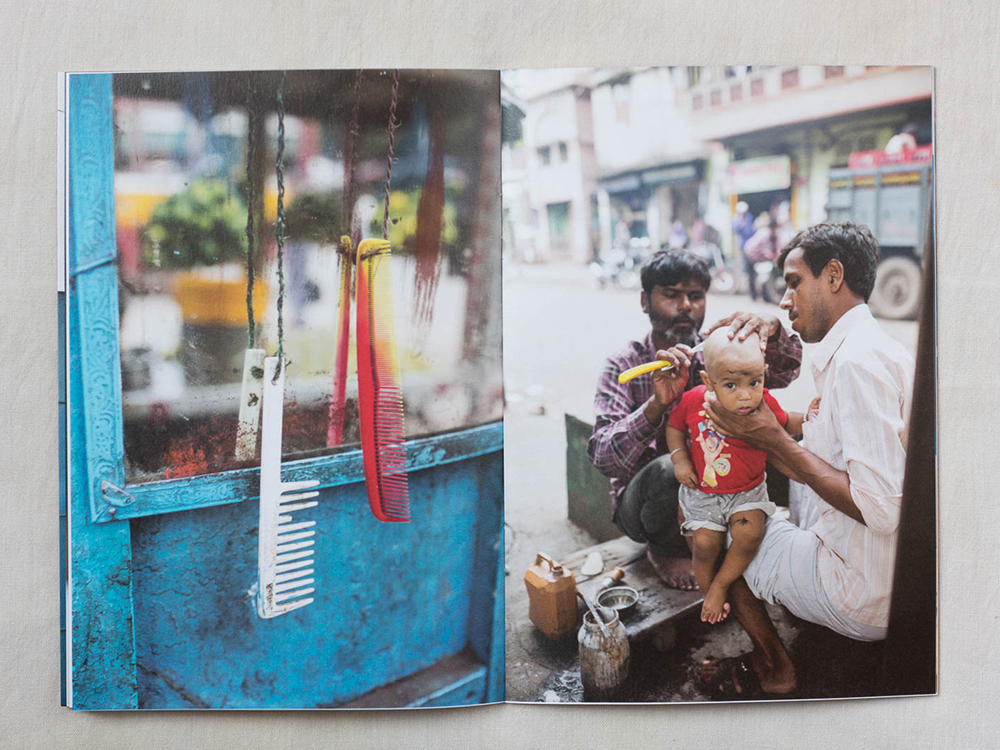 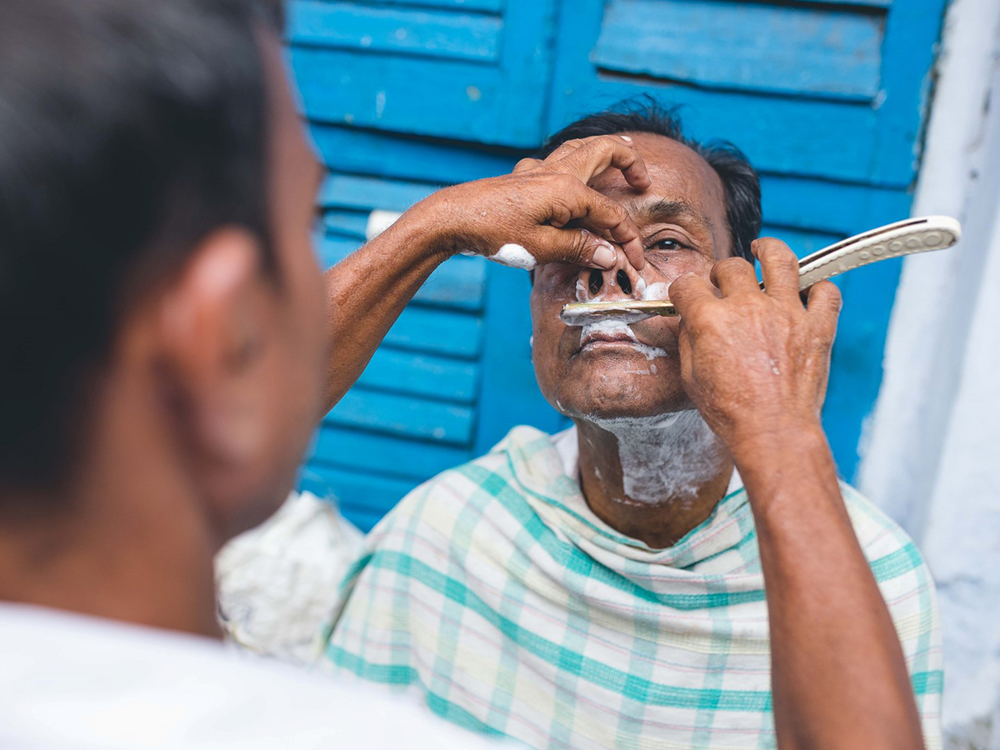 The fifth issue took Concorde to a 1300 year old temple, nestled at the heart of a lush field in Tamil Nadu. Built over two generations, the Kailasanathar Temple in Kancheepuram is an architectural marvel that served as a model for several temples in South India.
“For a good 1300 years in a row, this marvel has been standing right there, with a civilization that has flourished and thrived around it. There is something soulful about the strong and invisible bond that exists between the people living around it. There is a beauty in the routine that happens around the temple. What we see as a spectacle is a normal sight to them for they see it everyday. There is a charisma in this contradiction,” says photographer Amar Ramesh, who shot the issue. He takes you through the aging stone corridors in an attempt to capture the beauty of the temple, that some say has a life of its own.

Moving past people and cities, Concorde has always tried to chronicle the simple, unchanging moments that are the essence of life in India. A cup of tea or an old temple, every corner of the country has endless stories to tell, and Concorde believes in telling them.
.
We highly recommend having a browse through Concorde’s website, and ordering a copy of their latest issue while you’re there!
.
+ + +
. 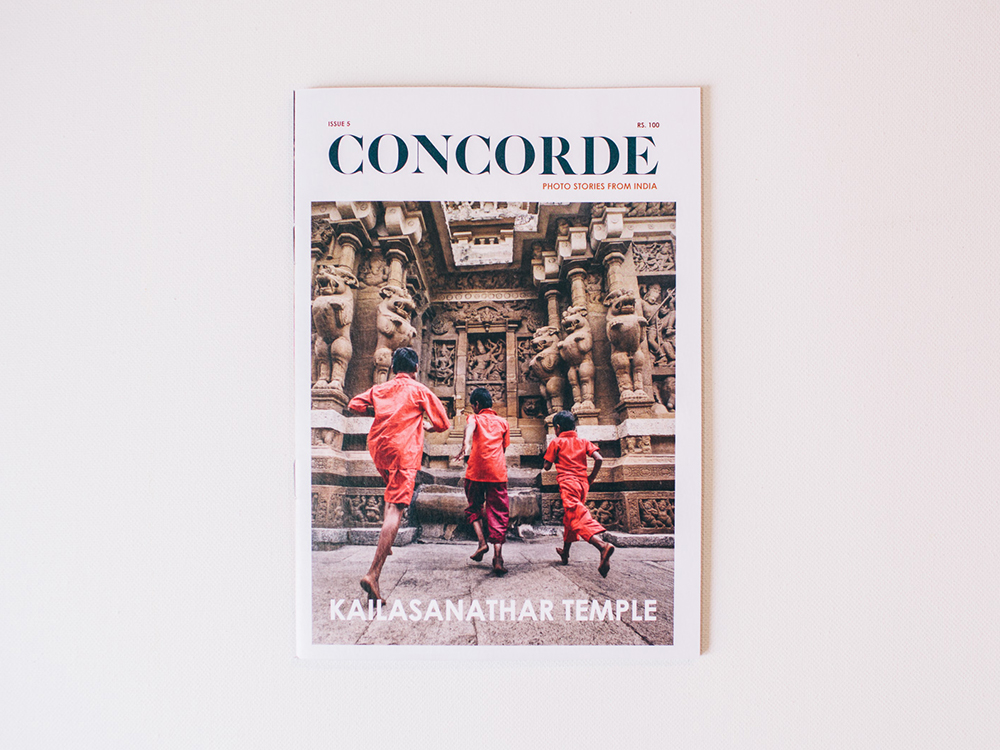 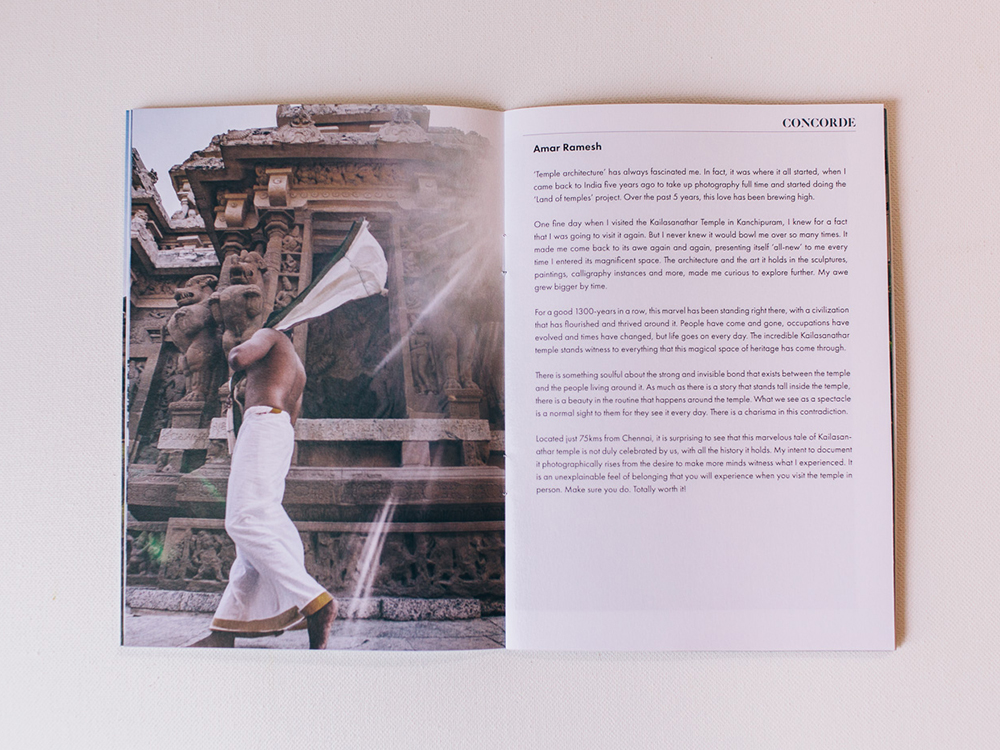 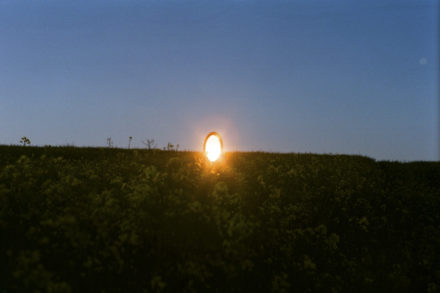 Kane Chattey Releases His Self Produced Debut EP, Self Construction