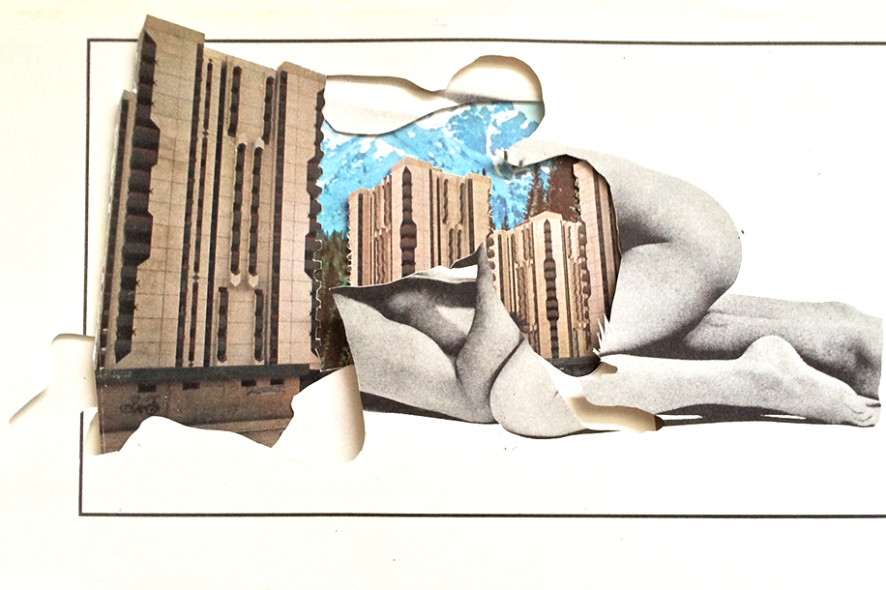 Morgan Lappin, collage artist and founder of the Brooklyn Collage Collective, constructs urban textures through the combination of fragmented imagery. By jumbling together parts of machinery, clocks, satellites, buildings and sci-fi symbolism, a complex mechanism is created which mirrors the tangled complexity of a modern day city. The creative process at hand is, in a way, a form of surrealist architecture- urban planning with a pair of scissors and a limitless imagination.

The end result is not only visually intriguing- the eye is invited to wander through the labyrinths of objects and structures- but also symbolic of the chaotic hyper-urban climate. The “wonders” of modernity- x-ray scanners, skyscrapers, synthesizers, conveyer belts and so forth are humorously juxtaposed to the catastrophic fantasies conjured by the tropes of science fiction- spaceships bulldozing skylines, aliens beaming lasers down onto New York City.

The texture of the urban organism that Morgan fabricates is magnificent, intricate, artificial, and vaguely aware of its own potential for destruction.

“Every since I was a wee lad i fantasized about making my own cities. I had a lot of dreams where I redesigned and combined cities with other locations i’ve been to in real life. My parents got me my first set of blocks and I started to recreate what I saw in my dreams, of course i made sure they where protected by my trusty army of He-Man characters. Years passed and the dreams continued but I outgrew my blocks (not my toys though). Eventually in 2007 I found my new passion, collage. It started as a way to create designs for a t-shirt printing company I started with a friend, but soon turned into something bigger.

I became a collector of building clips, precutting hundreds of them.. in both black and white and in color.. from older forms of architecture to the present. I began to create cities again with the clips I’ve collected and one by one the cities became bigger and bigger. Living in Brooklyn is a perfect location for me… its the perfect landscape to inspire me in dreams and as I work on my own cities. I love having the ability to combine different styles of architecture from the past, the present, and the future… and I can arrange them as I please.

I’m now working on a ultra secret project which will be my biggest city yet, and already dreaming about the next. In 2013 I started the Brooklyn Collage Collective which has been showing locally and have already shown in Australia, the UK, and we have our sites set to hit as many locations around the world as possible (www.brooklyncollagecollective.com)”

See more of Morgan’s work at www.morganlappin.com or here. 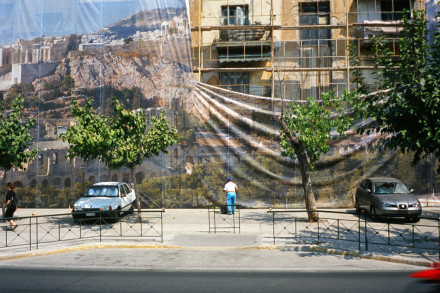 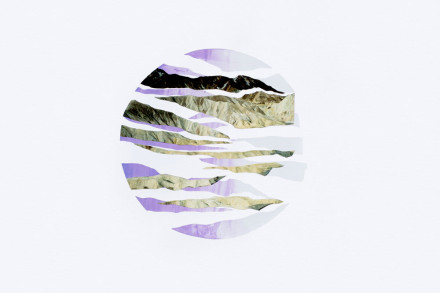