We caught up with Lithuanian fashion designer and artist Daina Eičaitė, to find out more about her creative process, her Glitch / Domestic Nudity series, and her sources of inspiration.

Your work seems to be very influenced by digital culture. Where do you seek inspiration?

My ideas usually come from observing the environment. I was brought up in a place where the connection between a person and nature is important. With my growth I realised that technology is a huge part of my life as well and it affects me a lot. And it does so in negative and positive ways. These are two main issues that I believe in. It is exciting to watch how they both intertwine with each other and how they become important to other people as well. This is an ultimate theme that has been pushed through art and culture. Music and movements around it influence my work as well.

Would you consider yourself an artist, a graphic designer or a fashion designer?

Originally, I am a fashion designer though I would describe myself as an artist. Don’t they say that our generation is doing everything and nothing specific at the same time?

I consider myself an artist because my process starts with understanding what kind of issue I want to address through the chosen project. It takes a lot of research around art, culture, politics, history, fashion to make myself understand the theme as much as I can in order to explain it to the public. After that I evidence the research through key images. It’s just like mapping my own thoughts and ideas. In a second stage I take up on photography or digital imagery manipulation to create original images for my designs. When I make garments I am interested in destruction and construction, creating silhouettes and textures that relate to this initial theme.

What creative projects do you have lined up for the near future?

At the moment I am gathering the research for my final collection. I will continue to work around nature and technology. The theme of survival and well being in the world of technology is particularly stimulating. There is a new art and music festival called „Newman“ which will be happening in Lithuania that talks about similar issues. It should be a great platform to explore. Also, I will be collaborating with a photographer to curate a magazine and make and installation in the near future.

Tell us a bit about the works in your Domestic Nudity and Glitch series.
Were you trying to convey a specific message?

Through Domestic Nudity I tried to look at mundane indoor environment and find a new angle on it. It was highly influenced by Archival Aesthetics: Environment and Object. It was called nudity because I was talking about the most intimate actions you do at home such as brushing your teeth or brushing your hair. You become yourself when no one is watching, you become nude.

Furthermore, I wanted to make my designs look virtual because more and more things that we do in the house are made through technology and it will become even more likethat. We loose the sense of what is real and what is virtual. Even though the mundane things we do are the key actions stuck to our consciousness we still can loose the distinction between them actually happening. We are spacing out, well, I am.

Glitch and Error was more fashion related. My fashion practice usually is about corrupting the shape and searching for the harmony in chaos. Glitch movement has the perfect manifesto for that kind of idea, which I pushed with integrating it in classical tailored fashion through shape and silhouette, avoiding using the digital patterns in the garments.

How would you describe your vibe as an artist?

My creative vibe… even if some people don’t think it is…  I believe it’s still quite witty whilst being vivid and serious. I have a particular taste in aesthetics, which drives my creative vibe.”

“When I make garments I’m interested in destruction and construction, creating silhouettes and textures that relate to this initial theme.”

“You become yourself when no one is watching, you become nude.”

Daina is a Lithuanian born fashion design student, artist studying in England and currently working between Vilnius, London and Norwich. Her work is based on observations on environment and it’s relations between society and her self.

Her inspirations through life. 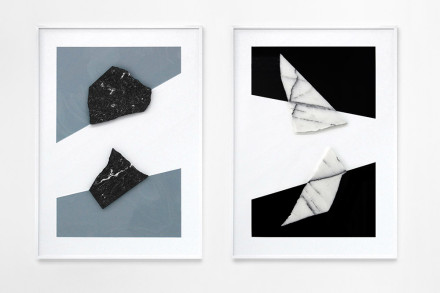 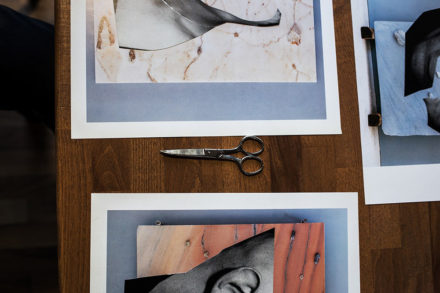 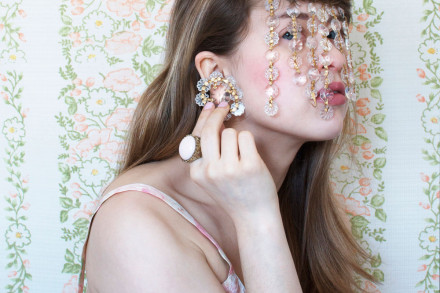